3 Common Mistakes that Will Lower Your HNT Earning, Avoid Them!

Hope everything is smooth so far in your Helium network construction and HNT business. As the Helium network expands when more and more hotspots are deployed around the world, people might see their HNT earnings decline from time to time.

However, 3 mistakes are still prevailing in the Helium hotspots set up in our community and they surely contribute a lot to your HNT earnings’ decline. So let’s talk about these 3 mistakes today and hope you could troubleshoot them timely.

Deploy the Hotspots at Crowded Place

The first mistake is choosing a place that has a large density of Helium hotspots to deploy your hotspots, like a metropolis in each country, especially in an urban area with a huge population.

Let’s first take a look at an example in New York chosen on Helium Explorer. It is one of the 63 hotspots in its Hex and has considerable 30-day earnings of 1.494 HNT, which, however, is based on 255 7-day average beacons and 83 total witnessed in the past 3 days.

Now we look at another example in a less crowded city, Fort Lauderdale. It is one of the mere 3 hotspots in its Hex and also has considerable 30-day earnings of 1.619 HNT, but it only beaconed 55 times in the past 7 days on average and has only got 14 witnesses. Just imagine that if you put this hotspot in the same area as the above example in New York, its 30-day reward might probably be way less than 0.01 HNT.

Connect the Hotspots with Bad Internet

The demand for data on Helium hotspots is not to be underestimated. Currently, each hidden hotspot requires 150-200 gigabytes per month, which is surely a huge amount for some people. Especially if you use a sim card, the speed for data transfer would be retarded, or you’re simply experiencing terrible internet conditions due to many reasons like the long distance between the router and your hotspots.

If the network connection is bad, it can not be considered as functioning satisfyingly even though it is nearly 100% synced since it is very likely sinking about 15-40 blocks every 30 minutes as shown in the SenseCAP portal below, while normally this number should be 5 blocks every hour.

The intermittent network connection makes the hotspot offline and then it will try to catch up while missing out on the chance to beacon or witness its neighbors. This results in the declined reward of the hotspot.

Maintain the Hotspot Too Frequently

There’s a saying that too much water drowned the miller, and this surely applies to hotspot maintenance as well. Sometimes you feel that the antenna is not good or the API fails to update itself, so you start modifying the settlement like resettling the modem, updating the hotspot’s location and antenna, and so on. All maintenance on your Helium hotspot requires 3-5 days for it to adjust and get used to it, which means over-maintaining the hotspot is to have 3-5 days of window period that it can not earn any rewards for you!

To conclude, these 3 prevailing mistakes should be avoided in your Helium hotspot setup and usage. Just make sure you keep the hotspots away from overcrowded places, maintain a good network connection and stop adjusting the settlement frequently. 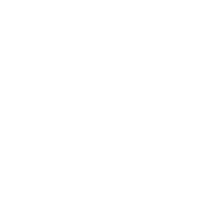